An electric skateboard or scotter’s “fuel” is its battery. The speed and power of your skate depends primarily on the electric motor (power in watts, and voltage in volts), but a quality battery influences the performance of your skate.

The capacity of your battery (in Ampere / Hours: “AH “) affects autonomy. The more the capacity, the greater the autonomy of your skate.

After several years of research, Evo-Spirit has chosen 2 types of battery :

Better known in France as the battery “Gel / Lead.” The technology for these batteries is the same as those used in car batteries and scooters, but adapted for the use with constant current for an extended duration and deep discharge.

The advantage of these batteries is their low cost.

The disadvantages compared to lithium batteries are:

Lithium batteries.
Our batteries are made of SAMSUNG lithium cells. The technology of these cells is Lithium-Ion, also known as Li- Ion.

Evo-Spirit has chosen Samsung for the quality, the reliability and the lifespan of their cells. Unlike many batteries of unknown origin, Samsung’s battery have a well established reputation. Several major brands have entrusted Samsung for their batteries, notably for powering motor vehicules such as electric scooters and electric cars.

The advantages are many: 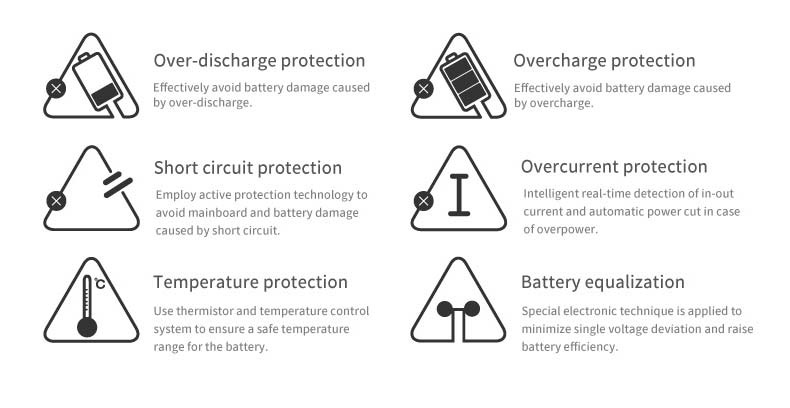 Optimizing the life of your battery:

To maximize the life of your battery, here are tips for both SLA and lithium batteries:

The above tips are only designed to maximize the life span of the battery. We advise you not to spoil your rides by thinking about the health of your battery, because even using it without following the tips above, your battery will gradually have a slightly reduced life span but will last long enough, and it is always possible to replace it at a cost which, divided by the number of sessions, is in the range of 1€ or 2€ …